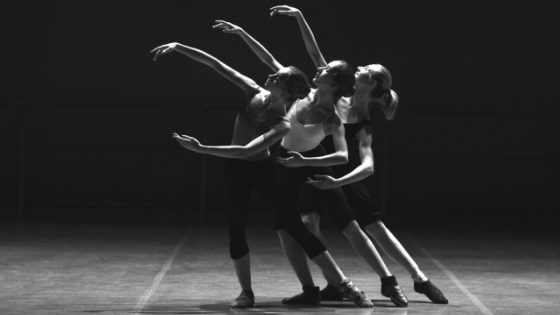 How to Make Your Choreography More Creative

We’ve all seen boring choreography. No matter how perfectly it’s executed, the dance just leaves you thinking, “Okay… next!”

Maybe you’ve even felt that about your own work, as you rewatched the rehearsal videos, wondering why your piece didn’t get picked for the student concert. You’ve seen videos of incredible choreography on YouTube and all those talent shows on TV, and you might wonder how those choreographers are so creative. How do they come up with the vision and work with the dancers to create something that makes everyone go “wow”?

This is something I’ve struggled with for a long time. I won’t say I’m a “bad choreographer,” but it doesn’t come naturally to me at all. Anything “cool” or “creative” I’ve made only happened because I dragged it out of myself in an exhausting process that felt like forcing a square peg through a round hole.

It’s a good problem, though, because it’s forced me to discover and create a few “hacks” to make my choreography more creative. (Read how I did the same for improv) Give these a try next time you’re feeling stuck, whether you’re starting a new piece, revising a finished one, or somewhere in the middle.

It’s actually embarrassing how much I use YouTube when I’m choreographing. It almost feels like cheating, because this method is so easy and helpful. Here’s how it works:

Read How I Write Down My Choreography

While I use this method mostly for jazz and musical theatre (because that’s what I teach), it works for any style of dance. If your sound score is a little more abstract – think atmospheric noise, silence, or minimalistic instrumental without a clear beat – don’t worry about finding a dance to the same music. Just watch videos of dances in the same genre.

You guys know how much I struggle with improv, but it’s worth mentioning here, as it’s a valuable tool for movement generation. My college professors highly recommended using improv to create dance phrases, and many of our guest choreographers used that method as well.

If you’re just improvising by yourself, the steps are simple. Put on some music that inspires you (it doesn’t need to be the music of the piece, but it could be) and record yourself dancing. Then watch the video and write down anything that strikes you. Do this several times, maybe with different prompts, until you have something to work with.

You could also have your cast improvise, using the same process. Give them a prompt and take some videos, and you’ll have plenty of material to choreograph from before the next rehearsal.

Having the cast improv, rather than just yourself, has a nice side benefit. Your choreography will be influenced by how they like to move. The dance will feel more natural to them than it would if you choreographed based solely on how you like to move.

Take note: I only recommend using the dancers to help choreograph the piece if they’re teenagers or adults. Kids need the structure of being told exactly what to do on every count. The improv method is great for advanced studio classes and college choreography projects, but not for young kids.

15 is an arbitrary number. You can use any number of steps for this choreography method. It was inspired by a teacher of mine who had a movement vocabulary of about, well, 15 steps. Every dance she choreographed was composed of the same steps, just in different orders and groupings, with the occasional unique arm thrown in there. That’s not a good way to choreograph, because it makes all your dances look the same, but it gave me an idea.

Having a limited movement vocabulary isn’t necessarily a bad thing, as long as the vocabulary is different for each dance you create. I remember a student piece I saw in college, a solo, where the girl created a movement to represent every letter of the alphabet. (It wasn’t a literal imitation of the letters.) From those 26 movements, she spelled out words that had to do with the theme of her piece. It created an interesting and cohesive dance, with some really creative choreography that happened by accident when combinations of letters forced her to put different movements together.

When you’re feeling stuck on choreography, you might consider creating a “vocabulary” for your piece. Not phrases, just individual movements. Each one could represent something, or it could be completely arbitrary. You could have each member of the cast come up with a movement or two that represents them. The possibilities are only limited by your imagination!

What Would Definitely Not Happen Next?

This one is a writing prompt turned into a choreography tool. Like choreographers, fiction writers often get to a certain point in their story where they just don’t know what should happen next. (That’s what outlines are for, but I digress…) Sometimes, a good way to get yourself out of that rut is to ask, “Well, what wouldn’t happen next?” and make that happen.

You can do the same with dance. I couldn’t tell you how many times I’ve been creating a phrase and said to myself, “Well, now I’m on the floor in this awkward position. Where on Earth do I go from here?”

This won’t always work. Your phrase could end up looking awkward if you do the unpredictable too much. But when it does work, it’s a great way to think outside of the box.

“Room reading” is a movement generation technique that I learned in my first dance composition class. It’s a fun, creative way to generate a dance phrase that forces you out of your old habits. Here’s how to do it:

What to do Instead of Unison

Unison is great for young kids’ recital dances, but if you’re choreographing something more complex, unison gets boring pretty quickly. Here are some quick ideas for how to break up a unison phrase:

Contrast is the arguably the key to interesting art. Visual artists use contrasting colors, photographers balance lightness and darkness, composers create harmony and dissonance by blending and contrasting pitches. What can we contrast in dance?

Playing with contrast can really make your choreography more creative. Even if you don’t change a step of choreography, simply changing the groupings, making some parts faster or slower, clarifying the energy of each movement, and taking something to a higher or lower level can make a huge difference.

I hope these tips help you with your next choreography project! If you try one out, let me know in the comments. I’d love to hear how it goes!