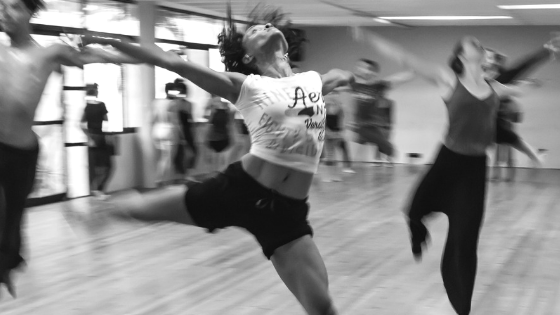 5 Reasons You Should Major in Dance

Some of your friends have known what they want to major in since fifth grade, but you’re still unsure. You love to dance, but you’ve got some academic interests as well. Maybe you’ve considered majoring in dance, but your parents aren’t too keen on it. Well, let me help your decision process with 5 reasons why you should major in dance.

You Can Make More Money Than You Think

Most people hear “dance major” and they picture the stereotypical starving artist living in a cardboard box in New York City, eating Ramen noodles and waitressing on the side to make ends meet. While that may be the path for some, it doesn’t have to be. Depending on whether you get a BA or a BFA and what courses your school offers, you may be qualified for any of the following jobs:

Combined with other degrees and potentially grad school, a dance major could prepare you for any number of fields, including:

When you’re talking about money, it all comes down to what you consider to be “a lot.” For me, $30,000/year was more than I ever thought I would make. I’m used to living minimally, so I really wouldn’t know what to do with that much money unless my rent was exorbitant. Then I found out that you can dance on a cruise ship for $600-$800 per week (approximately 30k-40k a year if you get a 12-month contract), without having to pay for food or many other expenses. That sounds like living the dream to me.

On the other hand, if you consider “a lot” to be a lawyer’s or government worker’s salary (80k-100k a year), then a dance gig sounds kind of puny. My advice is to think less about the numbers and more about the lifestyle. Have a serious talk with your parents about what salary levels go with what kind of lifestyle, and figure out for yourself how you want to live in the future.

It’s easy to combine with other majors.

If you’re torn between dance and another major, you might be able to do both. Double-majoring doesn’t mean you love dance any less, it just means you’re getting the most out of your tuition! Your other major could be related to dance in some way, like a pre-grad school program for physical therapy, or it could be something farther removed like business, web design, or physics.

If you study your two loves intensely, you may be able to find a really cool way to combine them into the perfect job. Or you may, like me, decide to dance professionally for your first few years out of college before “settling down” to a double life of teaching at a studio and having a day job in your other major. Either way, it’s better than majoring in just dance, then going back to school later in life for another degree. Double-majoring is also a good way to warm your hesitant parents up to the idea of an arts degree.

You get instant friends.

Finding friends at college can be exciting but intimidating. When you’re a dance major, you have an instant crew of 8-20 people your age who all have something in common. Unlike other majors where you mostly sit in class listening to lectures, you and your classmates get to take class together, choreograph pieces for each other, and share the stage.

People will respect you.

Sure, you’ll get your share of passive comments about dance being an “easy” major and all that nonsense. But while “at least you’re doing what you love” sounds like a subtle insult, I’ve found that most of the time, people really mean that. Let me explain:

My freshman year roommate came in as a nursing major, but I could tell from the start that it wasn’t what she really wanted. Her passion was history, but she was under pressure from her family to get a well-paying job. Eventually, after what I like to think was a significant persuasion from me, she changed her major. While she was in the decision process, we talked a lot about doing what you want versus what gets you a “good job.” Say what you like about things happening for a reason, but I don’t think it was a coincidence that she ended up rooming with a dance major.  I think hearing about my major choice helped her realize that it was something she could do, too. (Her parents changing their minds helped a lot as well.)

Unlike my roommate, some people don’t realize they hate their major until it’s too late. Those people truly respect us for doing what we love. Maybe dance doesn’t have the academic prestige of business, mathematics, technology, or the sciences, but we have personal fulfillment and will ultimately be happier than those who got stuck in a major they hate.

(Note: There are, of course, plenty of STEM and business majors who love what they’re doing. My point is that people who might otherwise have been incredible, world-changing artists tend to drift towards a more lucrative major even if it’s not their favorite.)

It will change the way you think about the world.

My university’s dance program blew apart everything I thought I knew about dance, art, and creativity. I came from a standard dance studio background with mostly classical ballet and competition-style jazz/contemporary training. There is so much more to art than that. I don’t know what your college’s dance program will be like, but I can honestly say that my constant exposure to professional guest artists, new forms and theories of movement, and just people with different artistic philosophies  has made me a new person. That transformation of my worldview was one of the most beautiful things that happened to me in college. I can’t describe it in a more concrete way as it will be different for every person, but I can say it will be worth it.